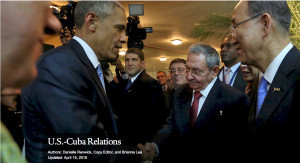 author of The Book of 528: Prosperity Key of Love, creating a worldwide revolution in the music industry, music therapy, and natural healing. 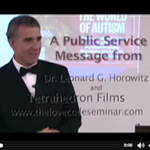 I am excited and honored to share innovations that Cuban researchers have advanced in the field of music therapy, certain that 528Hz frequency resonance will have a profound impact in increasing the efficacy of any music used successfully to combat every illness for a brighter future in healthcare.

The reason for my optimism is quite simple; albeit newly introduced in the complex worlds of electrogenetics and multipdisciplinary health science:

1) 528Hz is one of nature’s core creative frequencies, and apparently most harmonious among nine pure tones that musically/mathematically comprise the matrix by which the entire universe (or creation) is administered.

2) Health and vitality is a function energy, and all energy, universally, sources from electro-resonance; and electro-resonance is function of both electro-magnetism, largely dependent upon the spin by which electrons gravitate around the atomic nucleus of elements comprising the chemistry of life and creation. This is the frequency by which electrons vibrate on whatever orbital level they are moving. According to commons sense applied to this biophysics, and old and new discoveries in musical-mathematics and sacred geometrics, this is the most exciting breakthrough in medical history.

In other words, if you lose your health and vitality, the only way to restore it is through the administration of electrons resonating in harmony with nature. No matter what medicines you take, or vaccines you administer, all the healing that occurs in your body results most proximally to piezoelectricity based on frequency harmonics.

3) Piezoelecricity is the motivating force of everything moving in life, time, and space. And since water, in its different states, forms the medium in which creation manifests, and that simple molecule–H2O–sources all of the oxidation-reduction reactions central to physiology and metabolism, it is a “no-brainer” that body chemistry–alkalinity vs. acidity–plays a central role in the availability of body-energizing-electrons and piezoelectricity animating organic chemistry and biology.

4) Consequently, oxygen, produced by chlorophyll and ocean waves, obviously carries electrons resonating in harmony with the sacred geometry of H2O, carbon-6 organic chemistry, and hexagonal sacred geometry empirically-evidenced by snowflakes and buzzing bees that, incredibly, buzz at the frequency of 528Hz. Simply adding the numbers: 5 + 2 +  8 = 15, whereby 1 + 5 = 6, additionally evidences creationistic harmonics (and recreational entrainment, or “phase-locking” into the “good vibrations” of relaxation, peace, love, healing, and pure spirituality. (“LOVE” is, after all, the “universal healer;” and peaceful relaxation extinguishing psychological distress, body chemistry acidification (energy depletion) and ill-health; and

5) It just so happens that chlorophyll vibrates at the heart of the electromagnetic color spectrum (i.e., the light energy spectrum extinguishing darkness) at 528nm. This is the color reflecting most abundantly into the windows of your soul as you commune with nature. This is the color of grass, the most healing pigment greenish-yellow. It is also obvious that the “electrons of love” popping out of leaves and off of oxygen in biological systems, produced by chlorophyll (that is structurally identical to hemoglobin except for iron in humans replacing magnesium in plants) resonates at 528nm–the source of the electron’s piezo-electricity, and energizing power.

Accordingly, we have good cause to celebrate, theorize, research, and develop new products in health commerce  based on this extraordinary association of (or correspondence between) 528Hz frequency of sound, and 528nm of light, and also apply this knowledge in clinical practice to help heal every illness most naturally and inexpensively.

Consequently, I celebrate the research and therapeutic developments of our colleagues in Cuba, and am grateful that previous political prohibitions between purportedly capitalist vs. communist nations are easing, as being reported in the news.

Dr. Horowitz, the author of 17 books, 5 documentary films, and dozens of scientific articles in health science is also a certified Ambassador and Public Minister serving the Canadian Priory, Sovereign Order of Orthodox Knights Hospitaller of Saint John of Jerusalem, Russian Grand Priory, and the house of Romanov Protectorate, apostilled by the U.S. Department of Foreign Affairs, Trade and Development Canada. Dr. Horowitz also serves as Editor-in-Chief of Medical Veritas Journal Online, and is the co-developer of OxySilver, a broad spectrum anti-microbial that resonates in 528Hz frequency, and is the first nutraceutical designed to be used with “prayer-power” to accommodate heart-felt loving intention to heal and remain healthy.

Almost as a natural consequence of the foundation of the Latin American Federation of Music Therapy, created in Rio de Janeiro in 1990 and confirmed as the Latin American Association in 1993 in Vittoria Gastéis, the Training Group of Cuban Music Therapists, that had informally gathered in 1988, was formally established. When we refer to the background of our specialty however, we must highlight the work of the psychologist Rafael Alvisa Lastra. He followed the principles of French Rambonsson and Russian Béjterev and used some pre-recorded musical selections according to certain moods in patients of the Endocrinology Institute of La Habana (compiled, among others, in: Fernández, T; Hidalgo Gato, A; Fiallo, J. & Alvisa, R. (1992). La musicoterapia como moduladora de la actividad cerebral [Music Therapy as a Modulator of the Brain Activity], La Habana: Academy of Sciences of Cuba). He also used other original musical selections with subliminal purpose in a treatment with the collaboration of musicologist Juan Blanco.

Together with other researchers from the Institute of Fundamental Brain Investigation and the Centre for Research and Development of Cuban Music, Rafael Alvisa Lastra created a place for relaxing auditory applications in the Worker’s Prophylactic Centre of the Ministry of Basic Industry (a rest centre with multiple options for high risk workers). These kind of musical selections are still applied with a similar aim, combined with hydrotherapy and in treatments for induction of sleep, at the Topes de Collantes’ Relaxation and Rehabilitation Centre.

Among other examples of how music with therapeutic purposes has been present along the medical history of the country, we can mention its application as a parallel treatment option for asthmatic children, developed by the psychologist Orlando Licea, with the participation of the musician Frank Fernández. Musicologist Hidalgo-Gato quotes previous references (Clave Journal, in press) and refers to its use in the ’60s by the psychiatrist Gali García, PhD and a group of musicians at the Day Hospital Calixto García, and also by the psychiatrist Armando Córdova, the psychologist Elena Iglesias at the Piti Fajardo Hospital (from 1969 to 1975), and Dr. Armando Chang at the beginning of 1970 at the Camagüey Psychiatric Hospital.

Even if we go more than five decades back, we could point out the work of the gynaecologist Lajoncherie who appealed to the application of musical parts like Maurice Ravel’s “Bolero” to semi-hypnotize his pregnant patients in order to achieve a greater state of relaxation during childbirth. In this trip with a time machine we could reach the oldest Cuban treatise about the use of music for healing: 1898’s “Indicaciones terapéuticas de la música” [Therapeutic Indications of Music], by Cuban doctor Antonio de Gordon y de Acosta.

After going through training in different institutions under the supervision of Dr Rolando Benenzon in Buenos Aires, and a course at the Rio de Janeiro Music Conservatory with the direction of Cecilia Conde, the author (Dr Teresa Fernández: teresaf@colef.mx) worked to consolidate the Group of Cuban Music Therapists, with base on the Music Therapy Laboratory of the Academy of Sciences’ Centre of Fundamental Brain Investigations. The Group enrolled specialists of varied disciplines such as the musicologists Lic. Rosado and Master Jorge Fiallo, neurophyisiologist Master Trinidad Virués and the also neuropsychologist Dr Néstor Pérez Lache, piano professor and music teacher Marielena Cordeiro, psychologists Carmen Verdes, Lourdes Presmanes, Marielena Alvarez, Vivian López and Máximo Hernández,MD and social workers Nivia Fuerte, Mirtha Cádiz and Lorgia Carrión, among others, which is reflected in the publications derived from the shared experiences presented below.

This was the most developed field in the beginning:

These refer to different applications developed in hospitals and educational centres (that are, as it is widely known, free of charge in Cuba) as validation of the method in each case for further applications. They were presented in La Habana in the Second Conference INTERMOZG, 1994, so they were compiled and published in the book Physiopathology of Nervous System Proceedings, edited by the Cuban Academy of Sciences:

The Psychology School of the University of La Habana had the chance of hearing a series of Music Therapy lectures by the Argentine Music Therapist Diego Schapira, almost a decade ago. In the present, the educational system has had workshops by Music Therapist Mónica Papalia, also from Argentina.

With respect to the current lines, that count with new constituents and thus, with changes in the topics, we can highlight:

This text has auditions of two cuban composers, Benny Moré and Ernesto Lecuona attached. Their musical selections have been used in several sessions and are still part of the sonorous bagagge for the work with the elderly.

Benny Moré: Siempre en mi corazon.mp3 (2,18 Mb) (Could be improved by free transposition of the recording in 528Hz on 528Records.com)

Ernesto Lecuona: Como Fue.mp3 (2,68Mb) (Likewise, could be improved by free transposition of the recording in 528Hz on 528Records.com)

How to cite this page

Moderated discussion
These discussions are no longer supported. If you have comments to articles in the Voices journal, please register yourself at < href=”http://www.voices.no”>www.voices.no Then you can leave comments on all the published articles