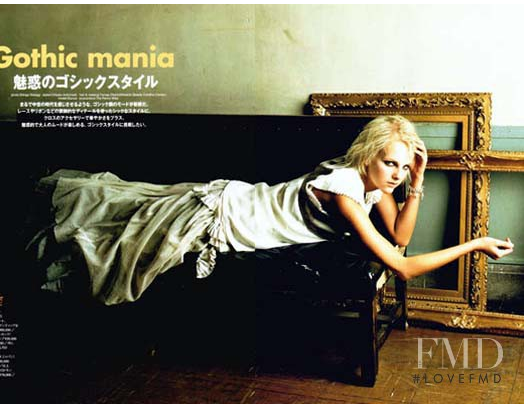 Bianca Krizek, a 34 year old goes to the Honolulu’s Queens Hospital emergency room by herself for a rash on her leg. Suddenly she is hooked up to an IV, her Carotid (neck) artery was cut into, she is given Fentanyl and Ativan meds, and an HIV test, all for no reason, and within 24 hours she is brain dead!

Then while brain dead, Bianca is suspiciously given more STD tests, for HPV, another HIV test, and 3 weeks later a Syphilis test. She died a week after that last test, a month after walking into that hospital.

Afterwards, the coroner’s assistant contacted her mom, Helena Krizek, falsely claiming Bianca arrived at the hospital in a coma, and questioned an ankle break her daughter had years before.

It took 2 years to get Bianca’s death certificate. They were scrambling to make up some BS to cover up for their murder! The bogus cause of death they put on her death certificate was “Accident from twisted ankle while walking in high heeled shoes,” and Queens Hospital has redacted a bunch of things on her medical records. This all points to organ theft in my opinion!

Organ theft is one of the most overlooked and profitable issues in the opiod crisis! Overdosing people on drugs to steal their organs.

Below is an article that includes the timeline of events that appeared in Affinity online magazine, but mysteriously disappeared from the internet.

Beloved Bianca: how a model’s life and organs were stolen

Last year I wrote an article called “The Illegal Harvesting of Black Men’s Organ Is Going Unnoticed”  which garnered both very positive and negative feedback. After reading that article, a heartbroken mother reached out to me and shared a story so earth shattering and mysterious that I feel compelled to share it with the world.

While reading this article, pay close attention to the timeline.

The mother who wrote to me explained that my article had prompted her to expose the odd circumstances regarding her daughter’s death and treatment in a Honolulu, Hawaii hospital leading up to her death. At the age of 34 the woman’s daughter had died, but for reasons that resonated in her mind as unclear and illogical.

Her name was Bianca Krizek. Bianca was born in Windsor, Ontario Canada. Before her untimely demise on February 5, 2016, she was scouted by one of the stylists of Versace in Miami. Signing with both Elite Model Management and New York Model Management, Bianca balanced modeling assignments and schoolwork in order to successfully graduate from Professional Children’s School in Manhattan. Her career provided her with features in British, Japanese, Italian, and French Vogue as well as Glamour and Elle magazine. Over the course of her career Bianca became fluent in French, Spanish, and Czech.

As Bianca began to slow down her modeling career she moved to Hawaii where she would spend her final days, and became an avid member of the state’s Vegetarian Society in addition to being an environmentalist activist. Below is an article Bianca wrote for  January – March 2015 issue of The Island Vegetarian. So what caused an end to such a promising life?

On December 28th, 2015 Bianca entered The Queen’s Medical Center in Honolulu, HI, during the afternoon, for nausea due to antibiotics she was taking to treat cellulitis on one of her legs.

Medical records show that Bianca was stable upon arrival and discharge from the emergency room for transportation into the Intensive Care Unit (ICU). Why was Bianca transported to the ICU?

8:22 AM –  Bianca was injected with a 25 mcg dose of Fentanyl although her medical records indicate that Bianca reported a 0 level of pain. Subsequently, Bianca was offered three other medications which she consciously refused three separate times.

12:45 PM – A 2 mg dose of Ativan is injected into Bianca after her previous dose of Fentanyl. The Drug Abuse Association states that Fentanyl is a drug that is “50 to 100 times more potent than morphine” and should only be given in instances of severe pain. Ativan is a drug of similar caliber.

Between 8am-1pm  Bianca’s mother, Helena Krizek, asserts that an unsupervised medical resident at the hospital attempted to placed a Central Venous Catheter in Bianca, but punctured Bianca’s carotid artery in the process. The medical resident’s attempt to place the CVC is not documented in Bianca’s trauma timeline as it picks up where an established doctor went in to correct the resident’s mistake at 1:55.

A close of friend of Bianca’s Mr. Ing is reported to have visited with her where she asked for toiletries. After Mr. Ing’s visit, Bianca’s condition took an incredible turn for the worse.

8:58 PM – Bianca was intubated for a Computed Tomography (CT) Scan, and on return, it is reported in her charts that her oxygen levels hit a low of 47. However, the details of the CT Scan are completely missing from Bianca’s records, and it appears that during her transportation to the CT Scanner Bianca suffered an anoxic brain injury. The anoxic brain injury was supposedly not apparent to the hospital or Bianca’s family until revealed to them by Bianca’s autopsy. Headway, the brain injury association defines the condition as when the brain is “starved of oxygen” and is linked to long-term issues such as memory and eyesight loss. The injury had caused Bianca to become brain dead.

Mr. Ing returned to The Queen’s Medical Center where he was told by staff that Bianca had been placed into an induced coma which she would be able to come back from.

However, Helena Krizek claims that as soon as Bianca became noncompos mentis the hospital was ready to take her off of the machines that were maintaining her life, although she was brain dead.

During the time brain dead, tests for Syphilis, HIV, and AIDS were performed on Bianca which are test usually done routinely done for organ donation preparation. Consent is not required for these tests, but usually, there is a discussion of the process and treatment before the patient undergoes the operation. Clearly, due to Bianca’s status, there was no agreement or conversation with her about the testing. Even more peculiar is the fact that the last entry on Bianca’s medical documentation is a referral for the Legacy of Life organ procurement service.

Ms. Krizek became increasingly concerned about Bianca’s organs being harvested, as her driver’s license does not directly indicate she was a donor (although none in the state of Hawaii do,)  and Ms. Krizek defends that she and her daughter had discussed how they were intensely against organ donation.

When she contacted the Hawaiian Department of Health for a survey of malpractice the surveyors reported that nothing indicative of foul play had occurred during Bianca’s stay at the hospital and that there was no usage of Fentanyl and Ativan although her trauma timeline outlined their injection. Helena Krizek was openly lied to.

Additionally, when Helena asked for comments from the Chief of ICU, she realized that the Department of Health’s response to complaints about their survey, which she told them, she deemed insufficient of Bianca’s treatment, was almost identical to the Chief of ICU’s detailing of Bianca’s stay.

Helena was threatened by The Queen’s Medical Center with harassment charges for attempting to receive evidence of Bianca’s consent to the Legacy of Life referral as she was brain dead by December 29th, 2016. The reason for Ms. Krizek’s “harassment” stemmed from a discrepancy she discovered in Bianca’s initial emergency room admission form which states that Bianca was unable to consent “due to condition”, although her medical records say that she was stable upon arrival to the emergency room, and then stable upon discharge to the Intensive Care Unit.

Furthermore, the document is dated in one place as 12/28/15, but in another as 12/28/17 which would put documentation of the consent beyond all of Bianca’s care and death.