“Count Your Blessings:” The Real Meaning of “MANNA” and “ALOHA” 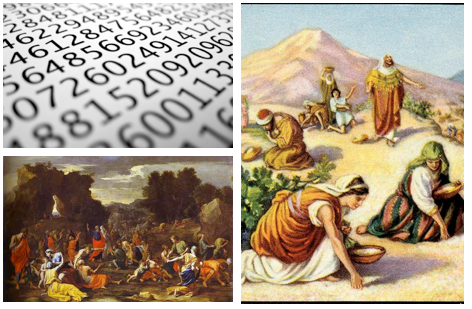 The Real Meaning of “MANNA”

“[T]he LORD appeared in the cloud.. . .  spake unto Moses, saying, I have heard the murmurings of the children of Israel: . . . in the morning ye shall be filled with bread; and ye shall know that I [am] the LORD your God.. . . And in the morning . . . the dew that lay was gone up, behold, upon the face of the wilderness [there lay] a small round thing, [as] small as the hoar frost on the ground. And when the children of Israel saw [it], they said one to another, It [is] manna: for they wist not what it [was]. And Moses said unto them, This [is] the bread which the LORD hath given you to eat..”        Exodus 16:10-15

As the economy drops, and the Illuminati attacks with biochemical weapons of mass destruction for population reduction, how will you survive? How and where will you get your life-sustaining MANNA? 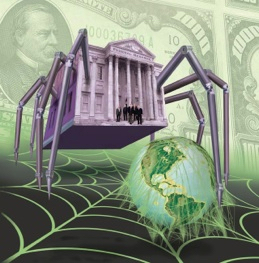 The word manna has been “hashed” over the years so that most people are clueless about what really “fed” and saved the Israelites from starvation on their 40 year march to “The Promised Land.”

The word “hash” means to chop-up, muddle, or confuse something, such as language, or the meaning of words. 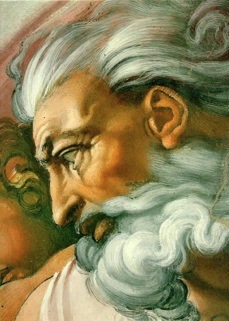 So God was the first conspirator, breathing the breath of life into Adam’s nostrils.

(Note: The phrase “conspiracy theory,” and its negative connotations, started in 1909–around the time when the Rothschild and Rockefeller League of bankers orchestrated their takeover of music, medicine, genetics, “public health,” and people’s minds, in general, by hashing words and muddling their meanings.)

The word “MANNA” was similarly “hashed,” muddled and confused. Read Exodus 16, and you will see that God appeared before Moses “in a cloud,” and dropped himself as a loving gift in the “morning dew.” The Israelites collected this life-sustaining manna–today considered the “bread for life.”

This term “bread” has also been hashed to describe “money;” life-sustaining “currency”–like current-sea–the sea of green cash flowing now, universally, from the Kingdom of Heaven, always available to prosper people in all ways. 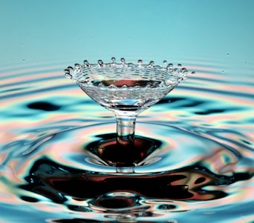 Likewise, water is plentiful throughout the universe, according to NASA scientists. And Water is considered part of the “Triune God.” That is, before there was the “Trinity” in history, there was God, Water, and the Holy Spirit. (See: Genesis 1:1-2.)

Relating manna to Holy Water, and the two triangulated  elements in H2O—hydrogen and oxygen–the former  (H+) donates the exclusive energy agent–the electron–while the later  (OH-) carries that energy agent, the life in everyone’s blood, as the bible explains and science confirms

Similarly, the manna in Exodus came from the “hoar frost”– the “white [oxygen rich] coating on a surface formed from frozen dew.”

Now you can see there has always been a conspiracy, originally, between God and We The People, to give us life, pure water, and life-sustaining hydrogen and oxygen–pure MANNA!

But these most important spiritual words and meanings have been so hashed, they are virtually lost among a dumbed-down people clueless about life and cosmic Law.

MANNA in Hebrew: Counting the Numbers

The term manna in Hebrew holds significance that surpasses our daily bread. (Mat. 4:4: “Men live by more than bread alone.”)

Manna in Hebrew refers to the counting of the Omer. 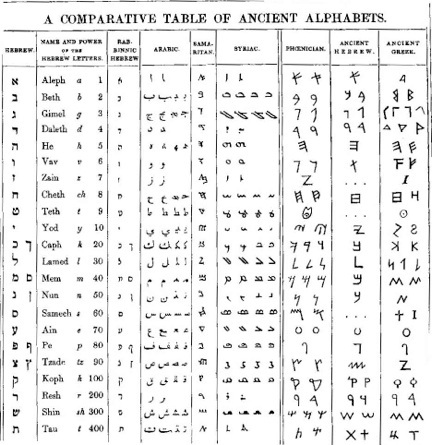 According to freedom seekers and bible lovers, the Torah (Lev. 23:15) says we are obligated to count the days from Passover to Shavu’ot.

This period is known as the “Counting of the Omer.” An omer is a unit of measure.  Barley was cut and brought to the Temple as an offering to count days. This simple mathematical technology–”a grain offering”–was referred to as the “Omer.”

(Note: It is interesting that the “Om” in Eastern theology is considered the sound of “ONE (1).” 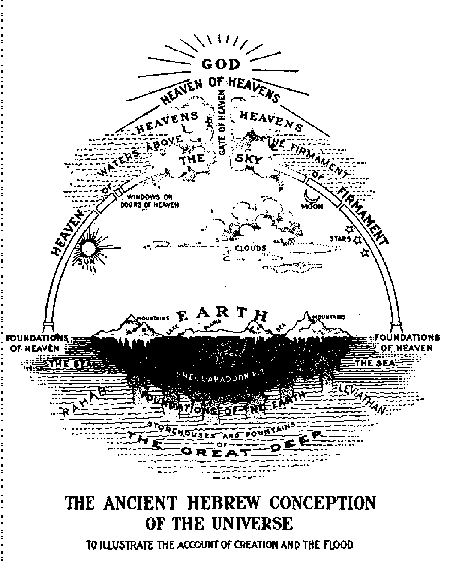 This knowledge reminds us that the redemption from slavery was not complete until we received the Law, and started “counting” and “recounting” the NUMBERS.

That is, each Hebrew “letter” in the Law was really a NUMBER; and each number held a special meaning or significance pertaining to life or creation. Speaking the Law, using words from vibrating lips (i.e., the labia ratum [Latin]), is a creative, cymatic, audio technology that recounts the truth that brings back the harmony between man and God–the initial conspiracy.

Why Keep the Sabbath: Working Six Days, Not Seven

For example, the 33rd day of the Omer (where 3+3 yields a “6”) is a minor holiday commemorating the miracle of the sudden stoppage of the plague. This holiday is known as Lag b’Omer. The mourning practices of the Omer period are lifted on that date. The word “Lag” is not really a word; it is the number 33 in Hebrew. (Study the Hebrew alphabet and you will find information about using the letters as numbers.)

This designation is also the Illuminati’s Gestapo code, the identity of British Secret Service’s main division. “MI6” is really the Western World’s center of war operations.

This is simply one example of how even the greatest secreted truths have been twisted to serve evil, hashing in this case 528–the miraculous healing power of LOVE!

What is so MIraculous about “6,” is that it illustrates and administers miraculous manifestation.

Just look at the symbol “6.” It graphs a spiraling down from heaven into the wholeness of earth, or the manifestation of everything from nothing.

Which is why the Christian world has been taught to consider “666” a “bad” number. The truth, and true meaning of the number, has been hashed.

If you read LOVE: The Real da Vinci CODE, you will learn that the world’s greatest math geniuses always spoke of the special power of the 3s, 6s, and 9s (and 8s) in universal construction.

Nikola Tesla, the pioneer of alternating current electricity, and “free energy” technologies, wrote, “If humanity would only know the power of the 3s, 6s, and 9s, it would be a completely different universe.”

So the “manna”–the mathematics–for miraculous manifestations through water, involves vibrating whatever (including yourself) with the number 6 (or 528/LOVE).

Now the first part of the Talmud is a collection of early oral interpretations of the scriptures compiled about AD 200. In this ancient Hebrew, Mishnah, manna is treated like a supernatural substance, which is what Water (God) really is. There is nothing like it anywhere in the universe. In its gaseous state, it even defies the laws of gravity. So vibrating, celebrating, or honoring, it with the number “6” is surely special, and shall surely create increased blessings, especially when coupled with faithful heart-felt loving intention and prayer.

Evidence for this knowledge and wisdom is everywhere! 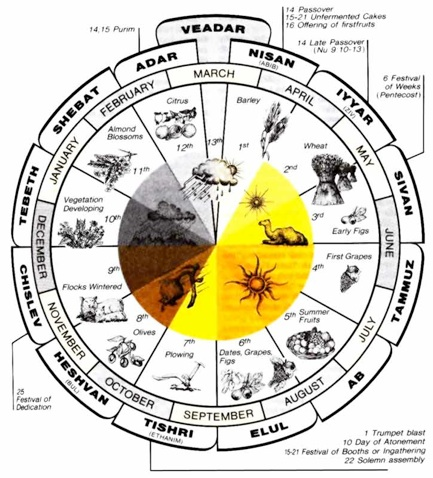 Manna, according to the Mishnah, was created during the twilight of the sixth day of creation.

According to Exodus, the Sabbath (Shabbat) was instituted the first week the manna appeared. AND, the Mishnah states that twice as much manna as usual was available on the sixth mornings of the week, and none at all could be found on the seventh days.

Studies in physics, biophysics, and even medicine, show that the entire universe is scaled and regulated similarly, according to the 3s, 6s, and 9s.

Test this for yourself. Experiment to create the most powerful results in your life, for anything you wish to accomplish. You will see that your use of this set of numbers, the 3s, 6s, and 9s, and especially the 6s, manifests most powerfully and blessedly when used in LOVE for service.

In other words, if you work 7 days a week thinking you will accomplish more, you are a fool!

By not observing the Sabbath, you are really going against the mathematical Law of God and universal construction–the primordial manna of existence and sustenance. 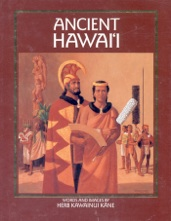 In Hawaiian, the term manna refers to the Huna religion as linked to the vital life force of the universe that flows through your body. The Kahuna holy persons believed that there are three different kinds of manna within the body.

In essence this term “manna” is integral to both the Hawaiian and Hebrew world views, and offers more evidence that We The People share a common language and history with the people of He Vah He Y ( in Hebrew when Yod appears at the end of a word it is  pronounced ai).

IN THE WILDERNESS OF THE “NEW WORLD ORDER”

The journey in Exodus through the wilderness was a test of character, clearly intended to teach those fleeing for freedom how to trust and obey God’s simple Laws.

Moses, like this author has done in the aforementioned books, dealt with people’s negative attitudes and behaviors neglecting the simple laws of physics, musical mathematics, in preparation for the time of spiritual reunion with the Source of Sustenance, or MANNA. 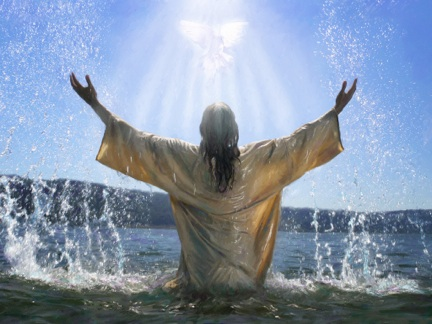 This journey was a sojourn in spiritual growth; overcoming attacks and physical blocks, to move “from salvation and deliverance (the Passover) to baptism (in the Red Sea);” leaving behind Egypt, or today, modern “Babylon,” with its genocidal atrocities.

Today, We The People march through our modern wilderness–our polluted planet, reflecting our poisoned, ignorant, fallen selves, in search of the promised land–a kingdom on earth as it is in heaven.

In the old days, the Israelites were told to count the Omer to escape captivity and regain fulfillment. Each day they needed to gather the manna, a spiritual mathematical food sourcing from Water containing the Word (musical mathematics) of God.

For, “man shall not live by bread alone, but by every word that proceeds from the mouth of God” recorded Matthew 4: 4 & Deuteronomy 8: 3. 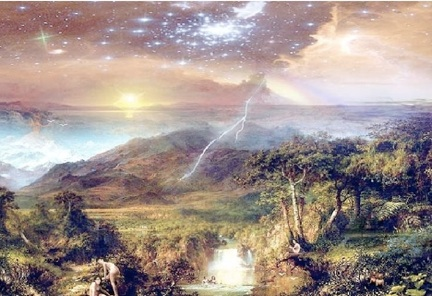 You probably know that Genesis cites the word for multiple “Gods” as Elohim. The word for a single Source God, therefore is Eloahh (el-o’-ah). (The Original Word in Hebrew is: אֱל֫וֹהַּ.) The transliteration: eloahh, proves God and Aloha are one.

It also proves there is a secret sacred spiritual connection between the ancient Hebrews and the ancient Hawaiians.

The aboriginal Hawaiians, called the Kanakas, greet each other in a manner most enlightened, considering the lessons learned here. They embrace each other, with foreheads and noses touching at the midline. Then while looking deeply into each others’s eyes–the windows to the soul–and viewing God’s light reflected, they inspire deeply and nasally.

By so doing, they conspire to commune with God in mutual celebration of the grand reunification in the Spirit of Aloha.

The author gratefully acknowledges the modern prophet, Mitch Fine, for his support in advancing this philosophical discussion and doing the background research that inspired this article.

internationally known authority in public health, emerging diseases, and natural healing. Author of more than sixteen books, including Healing Codes for the Biological Apocalypse, Walk on Water, LOVE the Real da Vinci CODE,  and DNA: Pirates of the Sacred Spiral, he is globally known as the most outspoken critic of the genocide he ascribes to the “military-medical-petrochemical-pharmaceutical cartel.”

Dr. Horowitz’s presentations and publications have served as the impetus for numerous Hollywood productions; including most recently the movie INCEPTION. In his most recent books, Walk on Water and LOVE the Real Da Vinci CODE, and his 2-hour DVD documentary, The LOVE CODE, Dr. Horowitz presents the musical-mathematics underlying the spiritual mechanics of creation. His “Perfect Circle of Sound™” revelations have been revolutionizing the music industry as well as water science.

Dr. Horowitz revealed that the 528Hz frequency of sound is the precious “LOVE tone” or “Spirit of Aloha.” This is, according to mounting evidence, the prophetically important “key to the House of David” mentioned in Isaiah 22:22 and Rev. 3:6-8. 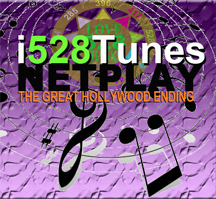 Dr. Horowitz recently launched i528Tune.com following his instructions to recording artists worldwide regarding this musical technology of Divine creativity. He recommends instruments and voices be retuned to prompt miraculous healings and Peace on Earth.